Seventeenth-century English chambermaid, Lucy Campion, works for the local magistrate and his family.

Between chamber pots, polishing, and many other household chores she tries to solve the murder of her friend and fellow servant. Suspicious of someone in the household, she follows clues and tries to be discreet in her search.

Becoming a very determined young woman takes her into gypsy camps, Newgate prison, the most detestable streets of London, and many other places she would never have ventured. Her conviction to find her friend’s killer leads her into dangerous situations.

The historical aspects of Susanna Calkins debut novel is well researched and captivating.

A Murder at Rosamund’s Gate tells an interesting tale of the role of a servant girl in London’s society, among the plague and the great fire. Her elements of romance are well balanced with the historical. I look forward to Susanna Calkins next novel. 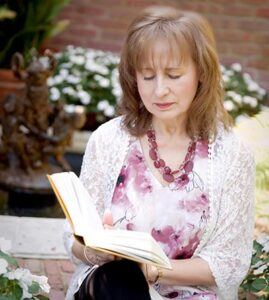