In mid January there was a mild freeze in my area of northern Louisiana. As I walked to my car that morning, I glanced to my right and noticed something in my small birdbath. It was full of frozen water, but it appeared that a small object was perched on top of the ice. I approached the birdbath and looked down onto an almost perfectly heart-shaped piece of ice. It was about three and one-half inches wide. 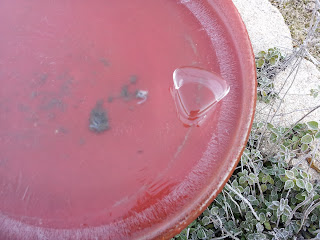 The location of the birdbath was far enough from the roof of the house, or any other structure, where the ice could have fallen from. I was so amazed at this neatly formed thing, that I had to reach out and touch it. Removing my glove, I gently prodded it and found it to be frozen to the surface of the ice below, perched like it had been gingerly placed there. 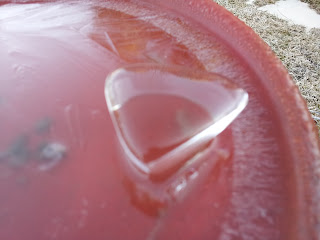 Returning the glove to my hand, I began walking back to my car. Realizing I would never see such a thing again, I thought I needed to share a picture of this with others. I took a few shots with the camera on my phone. This time as I moved to my car, a thought struck me so quickly that I had to stop for a moment. I smiled and thanked Jesus for the thought He gave to me, “I just wanted you to remember that I love you.”
So on this Valentine’s Day Eve, I want you to remember that God loves you.
Happy Valentine’s Day to all!

Has God given you a physical reminder of His love–like He did with Noah and the rainbow or the ice heart?